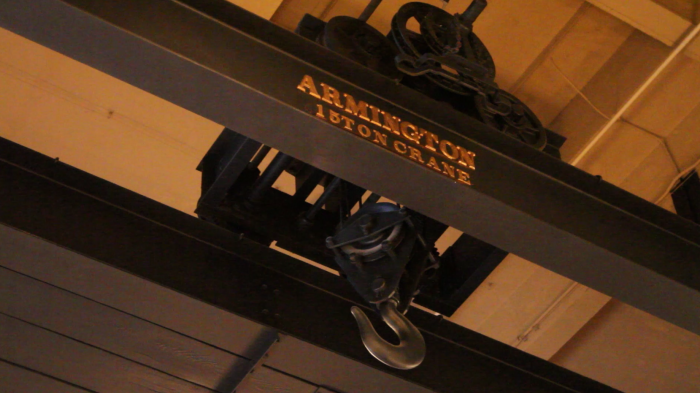 For the land which you go to possess is not like the land of Egypt from which you have come, where you sowed your seed and watered it by foot, as a vegetable garden; but the land which you cross over to possess is a land of hills and valleys, which drinks water from the rain of heaven, a land for which the Lord your God cares; the eyes of the Lord your God are always on it, from the beginning of the year to the very end of the year.

Divine Hydraulics is a phrase coined by George Otis Jr. and the Sentinel Group. It’s a phrase that has captured the imagination of my Father-in-law and others as they contend for transformation in their communities. These hydraulics have been put on display in dramatic ways in various places throughout history. One of the occasions the effect of these divine hydraulics was seen was in 1949 on the remote Hebrides Island’s off the west coast of Scotland. Concerned about the spiritual decline they were observing and looming oppressive cultural ideologies, a small group of saints began to press in to rediscover the ancient patterns that release the glory of heaven on earth in an unmistakably majestic way. These moves are marked by deep awareness of God’s holy presence, conviction of sin, leading to heartfelt repentance that leave lasting transformation in those communities sometimes for generations.

The idea of “divine hydraulics” is different from crusades and evangelism and other valuable approaches to outreach. These of course have their place and are very important. In situations where outreaches have been championed, seeds have been sown, yet the spiritual condition of the region remains headed toward lawlessness – this is the ideal climate for divine hydraulics. (Ps 119:126)

Fascinated by these types of moves of God, I have found myself on a journey to understand these ancient patterns or protocols that were revealed to these saints in their desire to see the kingdom of heaven manifest on earth as in heaven.

We’ve visited the Hebridean Islands, we have contended all night in prayer, we have also been part of Solemn assemblies like the Call and the Response USA, that the Lord appears to be using to “teach us how to pray” and help us walk together as we understand and recover these ancient truths.

This past weekend we were in Cleveland, OH for the most recent Response. I shoot video of the events helping document the team’s preparation behind the scenes. The team were staying in the Hilton Garden Hotel within walking distance of the Wolstein Center, the venue selected for the event. Due to some air conditioning issues we had been moved to a meeting room called the Armington room for prep. The team gathered the friday before the event to pray and cover final details. I was certainly caught up in the prayer time. In three days Cleveland was poised to be the scene of the republican national convention. Preparations to lockdown the city center were underway. It had been an interesting political cycle, with much concern regarding the candidates. On the news, racial unrest and violence against police officers was a constant theme, along with a brutal Islamic terrorist attack in Nice and staged political coup in Turkey. I was glad to pray. There was a focus and intensity of agreement to the prayer time that dispensed the fragrance of Jesus into the atmosphere.

As we continued to pray, I was reflecting on this journey in pursuit of “divine hydraulics”, I and many others had been on. Believing the Lord had “another arrow in his quiver” as my father-in-law says, were we wasting our time chasing a revival fantasy? or were we heading in the right direction …

The reason the Armington Room had this name was because it was the location of the Armington Crane a crane that was capable of lifting 15 tons. This historic crane which had loaded electrical power transformers was now preserved and it’s name plate embossed in gold. I was intrigued by our location and stirred by the agreement of the individuals I found myself praying with at that critical time. I asked the Lord if the 15 ton inscription had any significance & felt compelled to read Psalm 15. Psalm 15 is a psalm that speaks to the heart posture of those who are given access to the mountain of the Lord. It is worth remembering that the Psalms are the prayer book of the scriptures. The 5 books of the Psalms are our prayer response to a conversation initiated by the Father in the 5 books of the Hebrew law (or Torah). Eugene Peterson calls prayer “technology” and the psalms “tools”. Tools not so much for doing, but tools for becoming. Intentionally praying the Psalms, I have come to recently believe is the key to us becoming or maturing into the people of God. The psalms reveal the majesty of the voice of the Lord.

I started this blog quoting the verses from Deuteronomy, the fifth book of the law, where Moses is reminding the people that the land he is taking them into will be different from Egypt. It is a land of mountains and valleys a land where they must understand and remain aware of their need of his partnership – divine hydraulics. Trying to do things like Egypt in this land will not have positive outcomes. If they want this holy assistance they must understand they need to love Him & hold fast to him, by keeping his commandments “11v22 for if you carefully keep all these commandments which I command you to do – to love the Lord your God, to walk in all his ways, and to hold fast to Him – 23 then the Lord will drive out all these nations from before you …”.

Deuteronomy 11 is a powerful chapter given to a nation poised to enter the promised land. God is in essence saying if you want access to me and the divine hydraulics you must love me & hold fast to me. The words hold fast can be translated cleave. Here we sat preparing for the Response in Cleveland under the Armington Crane, letting God know that we were not looking to a political party or candidate for the answers we needed. But we were humbly cleaving to Him.